WHERE WE ARE AT
Peter Kreeft raises seven objections against The Conspiracy Theory (hereafter: TCT) in an attempt to disprove that theory, as part of an elimination of alternatives argument for the resurrection of Jesus.  Kreeft thinks that by disproving four skeptical theories, he can show that the Christian theory is true, that Jesus actually rose from the dead.
In previous posts (Part #4, Part #5, Part #6, and Part #7), I argued that Kreeft’s Objection #1 against TCT was a miserable FAILURE.
In the last post, Part #8, I argued that his Objection #2 against TCT was also a miserable FAILURE.

THE MAIN PROBLEM WITH OBJECTION #3
In this present post, I will argue that because Kreeft’s Objection #3 against TCT is basically a re-hash of the first two objections, it is also a miserable FAILURE, just like Objection #1 and Objection #2.
Here is the basic point Kreeft makes in Objection #3:
The disciples’ character argues strongly against such a conspiracy on the part of all of them, with no dissenters.
The main problem with this objection is the same as the main problem with Objection #1: we know very little about the lives of “the Twelve” apostles, so there is insufficient historical knowledge to back up Kreeft’s generalizations about the character and behavior of the Twelve apostles.
Kreeft does not make ANY effort whatsoever to provide historical evidence to support his claims about the good character of the Twelve apostles, but even if he were to make a serious effort to support his claims with historical evidence, he would still FAIL, because the historical evidence that he needs for this objection simply does not exist. 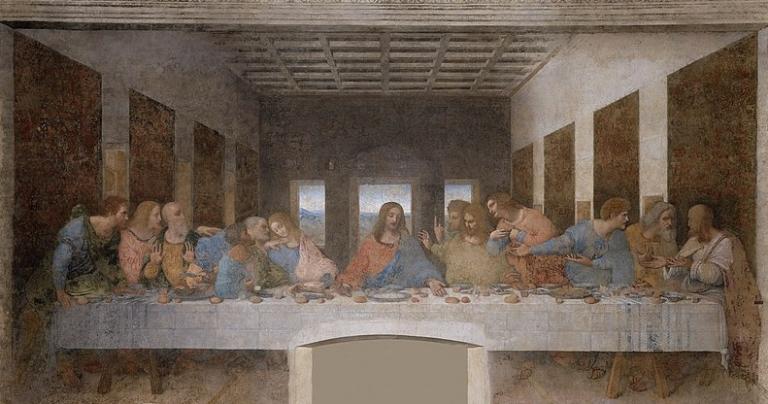 OUR IGNORANCE ABOUT “THE TWELVE” APOSTLES
Here is a summary of key points about “the Twelve” apostles from Chapter 27 of John Meier’s A Marginal Jew, Volume 3:

(For more details on our ignorance about the apostles, see Part #5 and Part #6 in this series.)
That leaves us with just three other apostles–PETER, JAMES, and JOHN:
In the end, of all the members of the Twelve, only Peter and, to a lesser degree, the sons of Zebedee [James and John] emerge from the shadow of the group to stand on their own as knowable individuals. (AMJ3, p.199)
Thus, we know very little about most of the fourteen people who constituted “the Twelve” apostles, so any general claims that Kreeft makes about the alleged good character of the Twelve apostles cannot be established on the basis of solid historical evidence.

POINT 1: The apostles were “simple, honest, common peasants”.
Being “simple” does NOT make a person honest.  For example, children often lie, even to their teachers and parents.  Being “simple” also does NOT make it unlikely that the apostles came up with the story of the resurrection of Jesus.  Contrary to Kreeft’s Objection #2, the apostles would NOT have to be particularly creative or intelligent in order to come up with that story.  See my reply to Objection #2 in post #8.
Kreeft asserts that the Twelve apostles were “honest” people.  But that claim BEGS THE QUESTION.  Obviously, if one is willing to entertain the theory that the apostles conspired to intentionally deceive others about having personally and physically seen the risen Jesus, then one is willing to entertain the idea that the apostles were DISHONEST, at least concerning the alleged resurrection of Jesus.  To assert that the Twelve apostles were all “honest” is to simply ASSUME that TCT is false, but that is precisely what we are discussing and arguing about! It is no more fair for a skeptic to simply ASSUME that the Twelve apostles were all DISHONEST, than it is for Kreeft to simply ASSUME that the Twelve apostles were all HONEST.  This BEGGING of the QUESTION is the sort of illogical thinking that happens when one has no interest in historical evidence or historical truth.
Let’s assume for the moment that the Twelve apostles were all “common peasants”.  That does NOT mean that they were all honest people.  There is often a significant amount of crime, for example, in neighborhoods populated by poor people. (There might well be as much crime going on in wealthy neighborhoods, but crime by wealthy people tends to be “white collar” crime rather than theft and robbery.)  In fact, the claim that all of the apostles were “common peasants” suggests that they may have been tempted to engage in deception about the resurrection of Jesus because of the desire for wealth or for financial security.
Consider this passage from the book of Acts about how the apostles were treated by the converts to their religious movement:
32 Now the whole group of those who believed were of one heart and soul, and no one claimed private ownership of any possessions, but everything they owned was held in common.
33 With great power the apostles gave their testimony to the resurrection of the Lord Jesus, and great grace was upon them all.
34 There was not a needy person among them, for as many as owned lands or houses sold them and brought the proceeds of what was sold.
35 They laid it at the apostles’ feet, and it was distributed to each as any had need.
(Acts 4:32-35, New Revised Standard Version)
If, as Kreeft claims, all of the apostles were “common peasants”, then they were all either poor or financially insecure.  Being in charge of this new religious movement might not have made them rich, but it would have at least provided a greater level of financial security to the apostles.  That could have been a strong motivation to engage in a conspiracy to deceive others about having personally and physically seen the risen Jesus.
So, the claim that all the apostles were “common peasants” does NOT help make the case that they were honest people, and in fact it provides us with a reason to suspect that they were dishonest, in view of the fact that they obtained money and food from the people who converted to their religious movement.
Point 1 FAILS to provide any support for Kreeft’s Objection #3.

POINT 2: The apostles “willingly died for their ‘conspiracy.’ ” and thus proved their “sincerity” by “martyrdom”.
This point is clearly a re-hash of Objection #1, so it FAILS miserably, for the same reasons that Objection #1 failed.  See my replies to Objection #1 in Part #4, Part #5, Part #6, and Part #7 .

POINT 3: The Conspiracy Theory fails to explain the “transformation” of the apostles from “runaway cowardice to steadfast boldness under threat and persecution”.
This point is clearly a re-hash of Objection #1, so it FAILS miserably, for the same reasons that Objection #1 failed.  See my replies to Objection #1 in Part #4, Part #5, Part #6, and Part #7 .

CONCLUSION
Objection #3 is a re-hash of Objection #1 and Objection #2, so it is a miserable FAILURE, just like Kreeft’s first two objections.
If Kreeft wanted to recycle his objections to make his list of objections seem longer than it actually was, then he should have put this point further down on his list.  Repeating previous objections immediately following those objections makes it obvious that he is re-using the earlier points.  This is the sort of mindless error that one would expect from a middle-school student, not from a professor of philosophy.
With three spectacular FAILURES in a row, I won’t hold my breath in anticipation of Kreeft coming up with a solid objection to TCT.