Peter Kreeft raises seven objections against The Conspiracy Theory (hereafter: TCT).  In previous posts (post #4, post #5, post #6, and post #7) I have argued that his Objection #1 was a miserable FAILURE.
Here is Kreeft’s very brief Objection #2 against TCT:
If they made up the story, they were the most creative, clever, intelligent fantasists in history, far surpassing Shakespeare, or Dante, or Tolkien. Fisherman’s “fish stories” are never that elaborate, that convincing, that life-changing, and that enduring.
This objection is clearly based on a very subjective judgement without ANY supporting evidence and only the barest hint of an argument.  The fact that Kreeft puts forward such an obviously subjective objection at all suggests that his case against TCT is extremely weak. 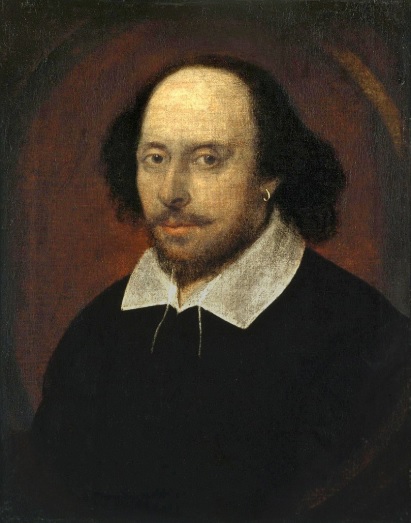 Is “the story” put forward by the Twelve so “creative” and “clever” that the apostles would have had story-telling skills “far surpassing” those of “Shakespeare, or Dante, or Tolkien”?  The question answers itself: Obviously NOT!  And Kreeft has made no effort to convince us otherwise.  But I will go ahead and explain the obvious in this post.
What is “the story” to which Kreeft refers here? He is making what appears to be an absurdly exaggerated claim, but we cannot even get started evaluating his claim, because he fails to specify the content of “the story” that is so incredibly CREATIVE and CLEVER.
The story, in a nutshell, is that “Jesus rose from the dead.” But that brief statement is hardly a story. It implies a beginning, middle, and end, which is essential for a story:
1. Jesus was crucified and died on the cross.
2. Jesus was buried in a stone tomb.
3. Jesus came back to life, left the tomb, and visited the Twelve apostles.
So, this is a “story” that is fantastically “creative” and “clever”, “far surpassing” any story created by “Shakespeare, or Dante, or Tolkien”? Really? What is fantastic here is that Kreeft thinks this is an argument that anyone with half a brain would find persuasive.
Perhaps by “the story” Kreeft means the passion narratives and resurrection appearance stories in the Gospels. None of the Gospels was written by an apostle, according to mainstream biblical scholars, including highly-respected Catholic NT scholars like Raymond Brown. The Gospel of Matthew was NOT written by the apostle Matthew, and the Gospel of John was NOT written by John the apostle. The gospels of Mark and Luke were probably written by Mark and Luke, but they were NOT among the Twelve apostles.
The beginning of “the story” is that Jesus was crucified and died on the cross. According to both Kreeft’s Christian view and TCT that was simply an historical fact, so ZERO creativity and cleverness was involved in creating the beginning of “the story”.
The middle of “the story” is that Jesus was buried in a stone tomb. According to the Christian view, this was simply an historical fact. TCT does not assume or assert that Jesus was buried, nor does it assume or assert the denial of that Christian claim. But a proper burial was very important to Palestinian Jews in the first century, and the failure of a person who had died to be properly buried was a great shame and disgrace for that person.  So, the idea that Jesus was buried shortly after his death was a VERY NATURAL idea for a first century Palestinian Jew, especially for Jewish followers of Jesus who loved and admired him. So, the middle part of this story required ZERO creativity and cleverness.
That leaves only the end of “the story”. If it was merely the end of the story that the Twelve apostles created, then that would hardly be sufficient reason to conclude that they created a story that was so “creative” and so “clever” that it surpassed the stories of “Shakespeare, or Dante, or Tolkien”.
But the idea of resurrection was NOT a new idea. The idea of resurrection was present in the Old Testament book of Daniel, as well as in the religious writings of the Jews between Old and New Testaments.  It was an idea that probably came to Jewish thought from Persia and Zoroastrianism.
Furthermore, the idea that a loved one who had died would come back to life is simply a VERY NATURAL bit of wishful thinking. If the apostles loved and admired Jesus, then the idea of Jesus coming back to life after dying would be a very NATURAL thing for them to desire and thus a very NATURAL idea for them to hit upon.
Finally, a hallmark of Jesus’ ministry was miraculous healing. So, the death of Jesus would be likely to invoke this thought: “Physician heal thyself!” If Jesus was such a powerful faith healer, then why couldn’t he heal himself of his wounds and even of his own death?  This is also a VERY NATURAL idea in response to the crucifixion and death of Jesus, in the minds of those who believed that Jesus was a great faith healer and miracle worker.
Therefore, the end of “the story”, namely Jesus coming back to life and visiting the Twelve apostles, is a VERY NATURAL idea, and so it would require very little in terms of creativity or intelligence to come up with this part of “the story”.
In summary, it would take ZERO creativity or intelligence to come up with the beginning and the middle of “the story” of Jesus’ resurrection, and the end of the story was a VERY NATURAL idea for the apostles to think up, so the end would require very little creativity or intelligence to think up. The story that “Jesus rose from the dead” is thus NOT a story that would require a fantastic degree of creativity and intelligence to create, but rather was a story that would require very little creativity and intelligence to create. So, Kreeft’s Objection #2 is also a miserable FAILURE, just like Objection #1.