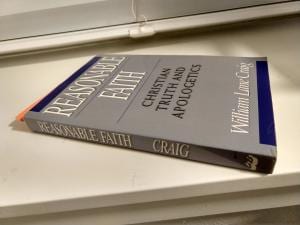 Did God Create the Universe from Nothing (Onus Books, 2016) by Jonathan Pearce (forward by Jeff Lowder, and with contributions by James East and Counter Apologist).

The Case Against Theism (Springer International Publishing, 2018) by Raphael Lataster.

I have not read any of these books yet, so I cannot wholeheartedly recommend them yet.
However, James Fodor’s book not only covers Craig’s arguments for God, but also has a chapter on Craig’s argument for the resurrection of Jesus (my favorite topic): Chapter 5 (pages 231-334).  I had to take at least a quick look at that chapter.  I was delighted to read his initial analysis of “The Resurrection Hypothesis” on pages 322-324.  That part of Chapter 5 is, for me, worth the price of the book.
Fodor points out that Craig’s resurrection hypothesis REQUIRES assumptions about the desires (or purposes) of God (i.e. that God would have WANTED TO raise Jesus from the dead), and about the desires (or purposes) of Jesus (i.e. that Jesus would have WANTED TO appear to his followers after being raised from the dead).
I’m not sure where Fodor is going with the point about Jesus wanting to appear to his disciples, but the point about God desiring or wanting to raise Jesus from the dead is a crucial point, and it deserves to be given the emphasis that Fodor gives to it.
In my view, skeptics have failed to discuss or to sufficiently emphasize this point about miracle claims.  This point about the importance of God’s desires (or purposes) is one that the Christian philosopher Richard Swinburne rightly and repeatedly emphasizes in his case for God, and in his defense of the resurrection of Jesus.
Even if we can identify a particular event as having a supernatural cause, we cannot identify an event as having been intentionally caused by God apart from making some assumptions about the desires or purposes of God, for which we have no reasonable grounds.  This is, in my view, one of the most serious problems with miracle claims, and it applies directly to Craig’s case for the resurrection of Jesus.