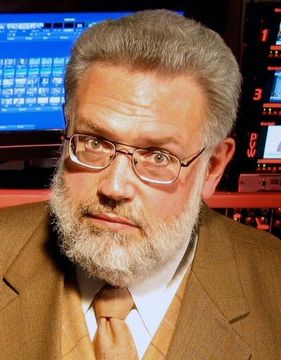 Should non-believers celebrate a secular version of Christmas as a sort of winter holiday? According to Tom Flynn, the answer is “no.” If you haven’t heard of Flynn, he is the Executive Director of the Council for Secular Humanism, editor of Free Inquiry, and the author of The Trouble with Christmas. (As Flynn points out, his book makes an excellent holiday gift!)

Flynn was touring the U.S. speaking to atheist groups on the topic, “The Trouble with Christmas.” (He calls his tour the “Anti-Claus Tour 2011.”) With considerable humor, Flynn presented the history of the Christmas holiday we have today in the U.S. and the UK, which he attributed to DWAMQs (“Dead White Anglo Males…. and a Queen”), including Charles Dickens and Queen Victoria.

Flynn argued there are parallels between holidays related to Osiris and Mithras, on the one hand, and Jesus, on the other. (For example, Mithras’ birthday was believed to be December 25, whereas the gospels do not mention Jesus’ birthday.)

Flynn presented six of his top ten reasons against parents teaching their children about Santa:

1. To perpetuate the Santa Claus myth, parents must lie to their children.
2. To buoy belief, adults stage elaborate deceptions, laying traps for the child’s developing intellect.
3. The myth encourages lazy parenting and promotes unhealthy fear.
4. The myth harms children’s moral and emotional development and damages family dynamics.
5. The myth promotes selfishness and acquisitive attitudes among children.
6. Children may not enjoy the Santa Claus drama as much as parental nostalgia suggests.

Flynn urged secular humanists to respond to the “Christians’ birthday festival” by being “conspicuous in sitting it out and sitting out contrived secular alternatives” like the Winter Solstice and HumanLight. In his words, “If we are not Christians, we are not pagans either.” A practical consequence of this position, as Flynn sees it, is that secular humanists should not wish other people “happy holidays” because “many people are not celebrating any holidays at all.”

The question-and-answer period was interesting: Flynn seemed to receive a friendly but skeptical response from the atheist audience, if the questions were any indication.

I have mixed feelings about all of this. I agree with Flynn that parents should not lie to their kids about Santa. But what about celebrating Christmas or, as he calls it, “contrived secular alternatives” like the Winter Solstice and HumanLight? I celebrate a completely secular version of Christmas purely as a family tradition, but I can understand why other non-Christians might feel very differently. For the same reason, I do not celebrate Winter Solstice or Human Light: they mean nothing to me. I can understand why some nonbelievers feel the need to create a secular holiday alternative, while others (like Flynn) see no reason to celebrate any holidays.

I guess I am just a “holiday subjectivist.”