Today’s my day for pointing out horrors from Turkey. (You know, the “secular,” “democratic” country whose moderate Islam US policymakers would like to see as an inspiration to other Muslims.)

I’ve just read about a Turkish cartoonist being prosecuted, with the state demanding one year’s imprisonment for “insulting the religious values accepted by the people” in a cartoon. 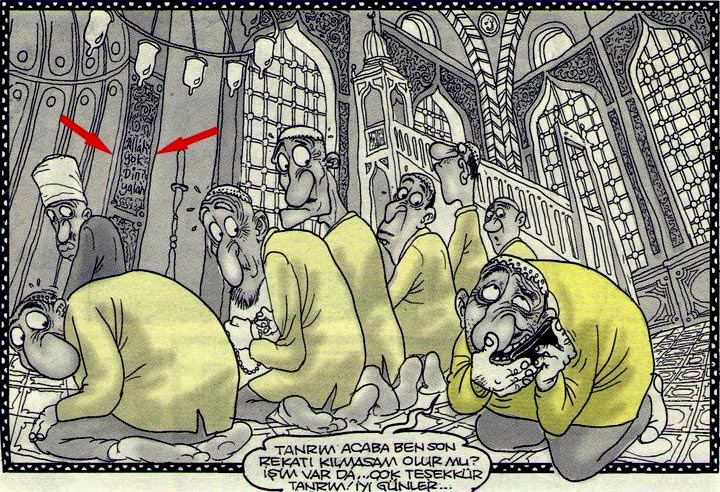 The speech balloon says “God, would it be okay if I skipped the last prayer? I have things to do. Thanks a lot, God! Good day…”

That’s not what got the cartoonist into trouble, however. It’s the writing on the mosque wall indicated by the red arrows: “There is no God. Religion is a lie.”

Standard-issue conservative Muslim intolerance of cartoons aside, Turkey has really become a bad place to publicly declare yourself an atheist. It was never very good for nonbelievers, but I think it has become noticeably worse.