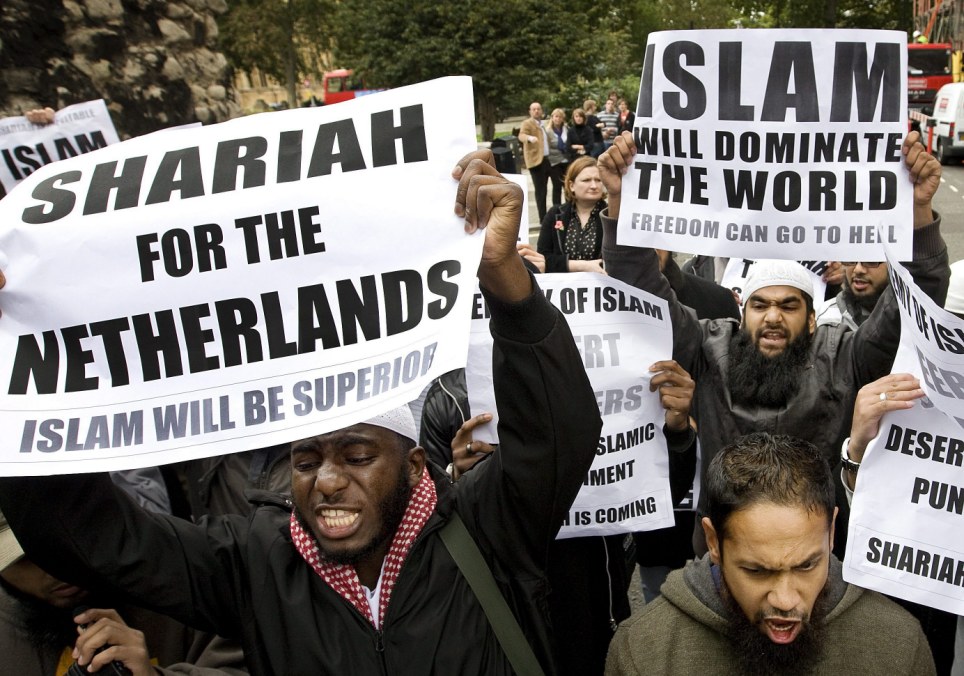 It prompted me to ask if some of the more militant Islamic groups are aware of the disastrous public image presented by posters with “freedom can go to hell” and so forth on them. But then, many of them seem media-savvy to a fault. They must know how negatively the average liberal Westerner will respond to that sort of display.

I guess their real audience must be others. Disaffected Muslims who will support groups who look like they will most aggressively defend a Muslim identity? Rich and devout businessmen (Saudis?) who will fund groups that draw media attention precisely because they seem so over the top?