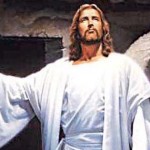 According to the BBC story, it is also true that 9% of people identifying as non-religious reported believing that the Resurrection did occur.
I have become increasingly interested in research from social psychology that challenges the traditional view that religious affiliation and identity is a simple function of what believe do or do not believe, and even more so what people claim they believe or do not believe (there are many conditions where people will profess strong belief and act accordingly because they want to fit in). The truth is more complicated and tangled than we might prefer. I think there are even compelling reasons to say that in many cases people don’t know what they believe; more accurately, what people in fact believe is not fixed, but varies (at least somewhat) according to psycho-social context, or is otherwise significantly affected by a wide range of situational factors.