Substance dualists insist that no matter what goes on in the squishy 3 pound lump of brain inside the human skull, none of it constitutes what is really essential to human cognition. Something else, an immaterial soul, has to be added to the brain in order for it to … well, to do something – just what is not entirely clear. Free will, consciousness, and personal identity are some of the most common candidates.
There are a lot of problems with substance dualism, but for me one of the most compelling is also one that has received less attention than it deserves. It is an objection that confronted the poster-boy for substance dualism, the French philosopher Rene Descartes. It can be summed up in a question: If dualism is true, then how is unconsciousness possible?
Descartes insisted that the essence of the soul is thinking. He also believed that all thought was conscious thought. So then what happens when you sleep? Descartes’ weird answer is that all through the night, you retain consciousness, but because the soul withdraws from the senses during sleep, you don’t remember being conscious when you wake up. Here is a synopsis in argument form:

1. Thought is essential to the soul.

2. All thought is conscious thought.

3. So, consciousness is essential to the soul.

4. If x is essential to y, then y cannot exist without x.

5. So, the soul cannot exist without consciousness.

The alternative to the always-conscious view, Descartes thought, would be that the soul could be rendered temporarily nonexistent by napping, being bonked on the head, or drinking too much. Not only would such a view be bizarre, but it would suggest that the existence of the soul was dependent on what happened in the body, which would threaten his arguments that the soul was a metaphysically distinct substance from the body. 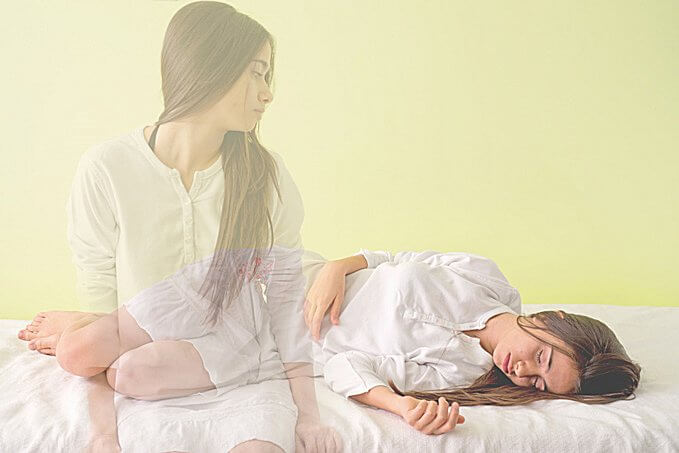 Most people will probably pounce eagerly on premise 2 as the flaw in Descartes’ reasoning. Why shouldn’t the soul be capable of contentedly churning away in unconscious thought while you are asleep? ‘Unconscious thought’ no longer has the oxymoronic status it had for Descartes. But there is still something odd about about the soul carrying out unconscious processes, especially where these processes are p
resumably at least largely independent of what is going on in the brain. And it is still the supposed independence of the soul from the brain that creates problems for the dualist, since it looks very much like the properties that the soul is being invoked to explain are determined by the state of the brain.
Consider this example: You are given a general anesthetic. You decide to exercise your soul’s power of free will to preserve your soul’s property of being conscious. But no matter how much will power you attempt to summon, you find that you cannot remain conscious. Whether or not you remain conscious is simply not up to you. The state of your soul ends up being entirely determined by what is going on with your brain chemistry. But this means that the soul’s properties take a back seat to the brain’s properties. The best the dualist can offer in reply, it seems, is a vague “maybe”: maybe, for all anyone has been able to prove, some of the brain’s properties are determined by the soul’s properties, so the knife cuts both ways. On the dualist’s view, my soul chooses to imagine a wombat, and hey-presto – my neurons cooperate and a wombat-image becomes encoded in my brain. It can even be detected and decoded by a computer ( http://www.livescience.com/53535-computer-reads-thoughts-instantaneously.html ). But the point of origin in an immaterial soul is a blind posit here with no confirming evidence. It is a thin epistemic possibility that the dualist then tries to leverage into a stronger possibility.
Opponents of physicalist models of cognition sometimes gleefully invoke consciousness as part of this woeful non sequitur: No physicalist model has yet explained consciousness, therefore some non-physicalist model of cognition is true. Dualists seem convinced that dualism does successfully explain consciousness, but the problem of unconsciousness suggests this case is badly incomplete, at best. The dualist explanation, so far as I understand it, amounts to bare assertion: The soul explains consciousness because it is the kind of thing that by its very nature can be conscious. But then the dualist needs to do a lot more to explain why, if consciousness belongs to the soul as an inherent, or essential, or constitutive property, it is a property that the soul doesn’t always have, and whose manifestation appears to be dependent on the brain.