Skip to the content
2022 Internet Infidels Fundraising Drive / $34,515.00 of $40,000.00 / 86.29% Failing to heed science and reason has real-world consequences. We need critical thinking now more than ever. Help us maintain a drop of sanity by donating to keep the Secular Web online today! Donation Options

Christians and other believers in God often say, ‘God created everything.’  If we take this literally, as a young child would do, we might start thinking of some objections or possible counterexamples: ‘Did God create nuclear weapons?’ ‘Did God create the ebola virus?’ etc.  The doctrine of divine creation leads quickly to the problem of evil. 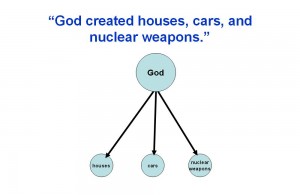 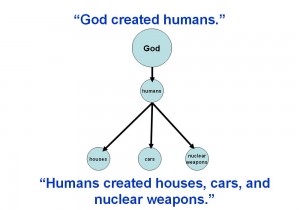 Richard Swinburne has done some thinking about the meaning of the view of theists that ‘God is the creator of all things.’  Here is his analysis of this basic aspect of theism:

God is the creator of all things in that for all logically contingent things that exist (apart from himself) he himself brings about, or makes or permits other beings to bring about, their existence.  He is, that is, the source of the being and power of all other substances.  (The Existence of God, 2nd ed., p.94)

Swinburne has a more sophisticated view of creation than fundamentalists and many evangelicals.  Swinburne accepts the theory of evolution as the correct explanation for the origin of the human species (although he also believes that human mental lives are best explained as the result of non-physical minds or ‘souls’ that have complicated causal connections with human brains).  Swinburne’s view is that God created the universe, and that the initial conditions and natural laws of the universe made the evolution of human beings (or at least human bodies) possible and even probable.  In a sense, the universe “created” or produced humans; the physical universe is viewed as an intermediary step between God and the origin of human beings.  His view is illustrated by the diagram below: 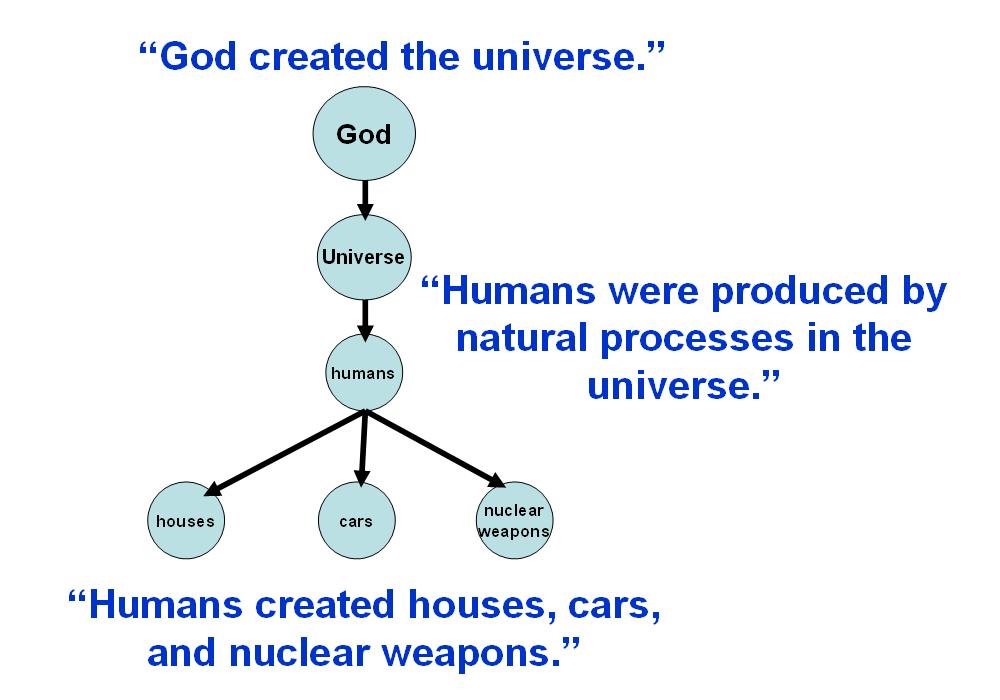 However, just as Swinburne’s analysis of the belief that God is the creator allows for God to bring about humans indirectly via the natural processes of the physical universe, so his analysis also allows for God to bring about the existence of the universe indirectly, by creating a powerful supernatural being, such as an angel, and allowing the angel to design and create a universe: 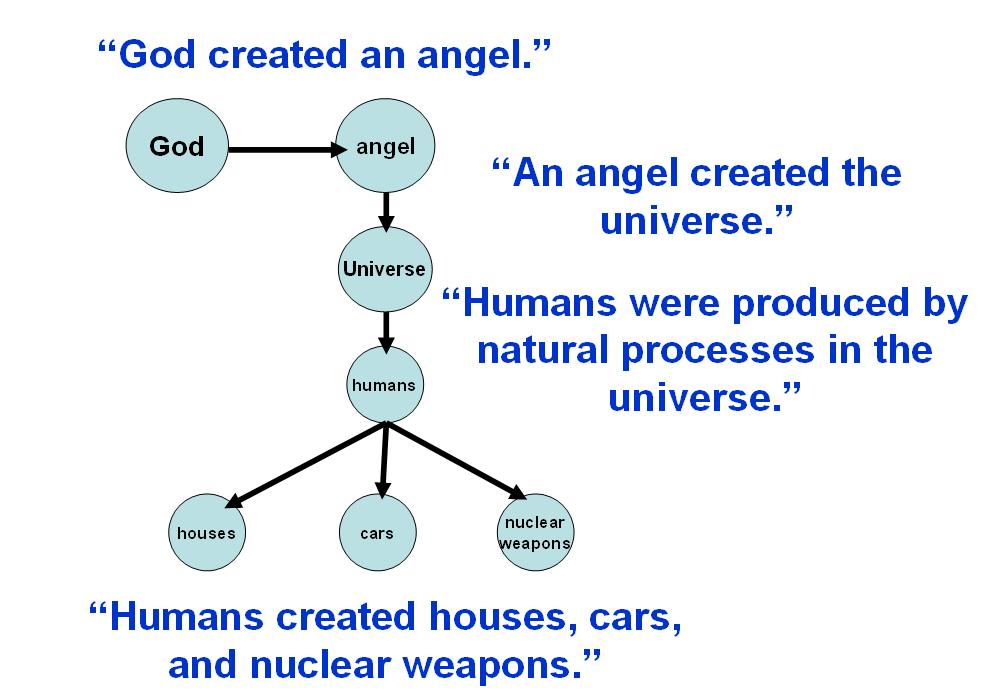 Once this possibility is admitted, then further intermediaries can also be postulated.  For example, God could have created a finite god (a powerful supernatural being that is less than omnipotent and omniscient), and the finite god could have had the power to create an angel, and the angel could have then created a physical universe: 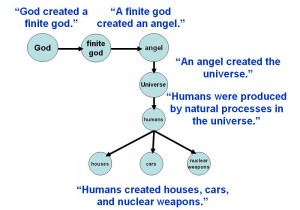 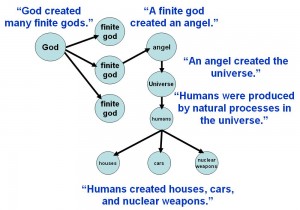 Swinburne’s view, however, is that human beings are an important part of God’s motivation for creating the physical universe, perhaps the most important reason why God created the physical universe.  But it is important to keep in mind that his concept of God as creator allows for intermediaries between God and humans, and while this allows Swinburne to avoid a fundamentalist anti-scientific view of the origin of human beings, it also opens the door to God being, potentially, quite remote from human beings.  His conception of God as creator leaves open the possibility of a Hindu-like view where there are hundreds  or thousands or millions of layers of deities and supernatural beings that exist between human beings and God: 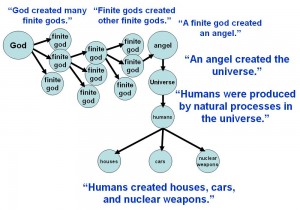