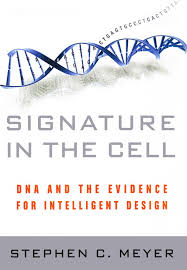 Meyer defends his first premise by considering various alternatives to design. These alternatives may be summarized as chance, necessity, or some combination of chance and necessity. Regarding chance, Meyer considers two chance hypotheses, which I will call the “single-universe chance hypothesis” and, you guessed it, the “multiverse chance hypothesis.” Turning to necessity, Meyers considers at least four hypotheses about physical-chemical necessity, including what I will call “Kenyon’s and Steinman’s biochemical predestination hypothesis,” “Prigogine’s and Nicolis’s energy hypothesis,” “Kauffman’s 1993 metabolism-first hypothesis,”and “Kauffman’s 1995 self-organizational model.” Finally, Meyer considers 6 hybrid or combination theories: the “Classic Oparin Model,” the “Revised Oparin Model,” Quastler’s DNA-first hypothesis, Eigen’s Hypercycles Model, various genetic algorithms, and the RNA World Hypothesis. Meyer concludes that all of these alternatives to design fail.
Since I am a philosopher, not a scientist, I am going to assume (but only for the sake of argument) that the scientific facts are exactly as he claims and that all of these alternative hypotheses are indeed failures. What I want to do is to see what he does with the evidence. Specifically, I want to ask the following question.
Is ID the best explanation for the specified information in the cell?
At the outset, I want to state three areas of agreement with Meyer. First, I agree with Meyer that it would be a mistake to dismiss his argument as an argument from ignorance. Despite the appearance given by Meyer’s formulation of his argument, I believe that his argument can be modified to avoid the appearance of an argument from igonrance. We should consider the possibility that the origin of life is a source of potential evidence for intelligent design (and for theism). Second, I tentatively agree with his response to the objection about analogies between humans and non-human intelligent agents. That isn’t an objection I’ve made or (I think) would make. Third, I’m not impressed by Dawkins’ “who designed the designer” objection. In fact, I publicly criticized that argument on my blog a couple of years ago. So I’m inclined to agree with the general sort of “you don’t have to an explanation for the explanation” response which Meyer provides.
But there is another objection to ID as an explanation which is independent of those three. I was hoping to find a discussion of this objection in Signature, but, so far at least, I have not found it. The objection I have in mind is this: the design hypothesis is not an explanation because, well, it doesn’t explain. Regarding the origin of biological information, it still isn’t clear to me what Meyers believes the design explanation is. I don’t find in the book a description of how an intelligent designer created / designed / programmed — not sure what the right verb is — the first biological information. In order to explain biological information, it’s not enough to posit the existence of an intelligent designer as a potential cause of biological information. In addition, it seems to me that a design explanation must also include a description of the mechanism used by the designer to design and build the thing. In other words, in order for design to explain something, we have to know how the designer designed it. If we don’t know or even have a clue about how the designer did it, then we don’t have a design explanation.
Allow me to clarify. Consider the following example provided by Meyer.

Imagine a team of researchers who set out to explore a string of remote islands near Antarctica. After many days at sea, they arrive on an icy, windswept shore. Shouldering their packs, the team hikes inland and eventually takes shelter from the bitter cold in a cave. There, by the light of a small campfire built to cook their freeze-dried rations, they notice a curious series of wedgelike markings vaguely reminiscent of Sumerian cuneiform. It occurs to them that perhaps these scratches in the rock constitute some sort of written language, but dating techniques reveal that the markings are more than five hundred thousand years old, far older than any known human writing and, indeed, far older than anatomically modern human beings.
The researchers investigate other possibilities. Perhaps the markings are animal scratchings. Perhaps they were left by some sort of leeching process or by glacial action, perhaps in conjunction with winds bringing sand through gaps in ice at high speeds. After extensive research by investigators with a broad range of expertise, these and other explanations invoking purely mindless undirected causes fail to explain the evidence….
In the process of their painstaking investigation, the explorers make an inference. They note that, although the markings do not reveal the identity of the scribes, they do point to intelligent activity of some kind. The markings reveal a sophisticated system for conveying information, and the only known cause for such a thing is intelligence—conscious rational activity. They conclude that the remote and barren islands were once settled by a group of toolmakers and hunters who employed written, alphabetic language some five hundred thousand years before modern humans were believed to have invented the technique.

In this example, we have an intelligent design explanation because we have a description of how the intelligent designers designed the markings: a group of toolmakers and hunters” carved the markings into the rock.
Now consider intelligent design and the origin of a biological information. We are assuming that the cell has specified information, for precisely the reasons given by Meyer. What is the intelligent design explanation for that? The answer is far from obvious. Although Meyer’s argument doesn’t require that the intelligent designer necessarily be identified with God, for simplicity, let’s assume that the intelligent designer is God, i.e., the god of Western monotheism. It’s obvious that if God exists, then God has both the knowledge and the power to design life. But if God is supposed to explain the origin of biological information, we need to know how He did it. Therein lies the rub. To paraphrase Gregory Dawes (in his book, Theism and Explanation), “A theistic [intelligent design] explanation, in order to be an explanation, presupposes a mechanism—the action of a spiritual being within the material world—that is entirely unlike any other mechanism with which we are familiar. Not only does this mechanism lack analogy; it is also wholly mysterious.” Mystification is the opposite of explanation.
Indeed, I’m starting to wonder if there is a parallel of sorts between some design hypotheses and some chance hypotheses. Earlier in the book, Meyer makes the interesting point that “the chance hypothesis” is “usually invoked in a way that didn’t explain anything.” As he correctly notes, some chance hypotheses “don’t explain why life originated here or what actually caused them to do so.”
But, as I’ve suggested, a similar problem may apply to intelligent design. Granted, intelligent design does successfully identify a cause insofar as it identifies an agent. But an incomplete design hypothesis, such as the one defended by Meyer, also fails to “explain why life originated here” because it does not explain why the designer decided to create life. Furthermore, the design hypothesis does not explain how life originated here. In this sense, both chance and (generic) design hypotheses are non-explanations.
But if Meyer’s intelligent design hypothesis is incomplete in this way, it follows that it is not (yet, anyway)  an explanation. And therefore it cannot yet be the best explanation. Indeed, to simplify matters, suppose we were offered only the following two choices:
(1) Biological information in cells is the result of an unknown, naturalistic (undirected) mechanism.
(2) Biological information in cells is the result of an unknown, theistic (directed) mechanism.
It’s far from obvious that (2) is a better explanation than (1). Perhaps Meyer might reply that (2) is a better explanation of (1) in light of our background knowledge that the “creation of new information is habitually associated with conscious activity.” But even if we grant that for the sake of argument, there are other facts which count against a theistic design explanation. (Again, I recognize that Meyer’s argument doesn’t require that the intelligent designer be God. I’m discussing a theistic design explanation for convenience.) Following Dawes, we may summarize these facts as follows.

“Not only are they in competition, but a comparison of their track records will count against theism. For the naturalistic research programme of the modern sciences has been stunningly successful since its inception in the seventeenth century. Again and again, it has shown that postulating the existence of a deity is not required in order to explain the phenomena. Sir Isaac Newton (1642—1727) still required God to fine-tune the mechanics of his solar system, but by the time of Pierre Simon de Laplace (1749—1827), the astronomer notoriously had no need of that hypothesis. Until 1859, it seemed that the diversity of living organisms could not be accounted for without reference to God, but Charles Darwin offered us a more successful, natural alternative. … From a Bayesian point of view, you might argue that the past failure of the tradition of theistic explanation lowers the prior probability of any proposed theistic hypothesis.” (italics mine)