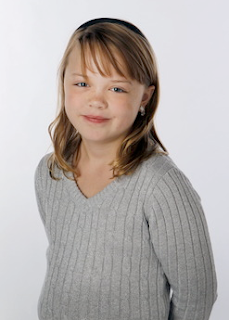 Perhaps you’ve heard of Mason Crumpacker, the 9-year-old girl from Dallas who had a tete-a-tete with Christopher Hitchens last month at the Texas Freethought Convention (details here).  Dallas Morning News reporter Tod Robberson later interviewed her (long version here) and Dallasites were in for a surprise. Yes, there are children who say things like this–

I personally think the story of Adam and Eve doesn’t really make sense. What proof is there of a Garden of Eden? What proof is there of God creating man and woman and giving them a tree of knowledge [whose fruit] they were not supposed to eat? It’s like saying this to a kid: OK, don’t eat the cookie on the countertop. You know what they’re going to do. They’re going to eat the cookie!

Why do you think we’re here? How did we get here? By evolution. We evolved from tiny little microscopic cells, which formatted into bigger cells, which created the first fish, who slowly evolved into lizards, who became the dinosaurs. And then [they] kind of started over again but took a different path to becoming the first mammal, which became the chimp-like creature we call Australopithecus afarensis, who slowly evolved into Homo habilis, who evolved into Homo erectus, to Neanderthals and Cro-Magnon people who slowly gave way to who we are.

But never fear, she’s a kid and she knows it–

Is there anything that Hitchens has said or written that you don’t agree with? I haven’t read Christopher Hitchens. I’m 9.

It turns out not everyone in Dallas is impressed. Apparently the reporter has received complaints.  “Some think she has been indoctrinated by her parents and that she’s simply mouthing everything that they’ve told her to say.”  His reply is to say– no, it’s just a question of influence, and all parents influence their kids.

Surely secular parents can indoctrinate their kids.   In fact, I sometimes wonder if I’ve been guilty.  When my kids (boy-girl twins) were in afternoon kindergarten, we did science projects at home in the morning.  The first topic was evolution, one of my thoughts being that I’d better inoculate my kids against creationism as early as possible (we live in Dallas, like Mason).

Since I was deliberately teaching them evolution when they were very young and impressionable, should I plead guilty to indoctrinating them (in some pejorative, objectionable sense)?  On further reflection, no. There are lots and lots of ideas that undeniably have to be taught early, when they’re most likely to stick. For example, moral education just cannot be delayed until a person is fully mature and rational.

So teaching isn’t indoctrination, just because it’s deliberately undertaken very early.  Now let’s skip over to the other side of the secular-religious line.  When my kids were seven, they started religious school at a reform Jewish temple. I had no religious education as a child, despite being given a strong sense of Jewishness, so I had no idea what to expect. My goal was to impart familiarity with things Jewish, not to inculcate belief.

My kids very quickly rebelled and I decided to go and watch the class, to see what was so disturbing to them.  The teacher prompted the kids with questions like “What does God want us to do?”  and “What do you do when you want to feel close to God?’   There was obviously no option whatever of saying “What are you talking about?”  When they were told about God talking to Moses on a mountain top, they simply couldn’t admit this sounded really implausible. The message conveyed to my kids was that their minds were out of order, since they had doubts that had to be kept a secret.  Now, that really is indoctrination, I think. (If you’re wondering–yes, I let them quit.)

When I was teaching my five-year-olds about evolution, needless to say they didn’t have to keep any doubts they had a secret. I was not delivering indubitable truths from on high.  No message was imparted that it’s wrong to wonder what’s true and false.

So what about Mason?   I won’t presume to know the full story, but from this passage, it certainly seems as if she’s being encouraged to use her own mind–

So which are you, an atheist, an agnostic or a freethinker?  I wouldn’t say I’ve decided my religion yet. I’m going to kind of experiment around and see if there’s any religion I like in particular. But if I do decide to be a freethinker, the chances are very high. … I just want it all to make sense.