…only particular kinds of person have hallucinations–usually only paranoid or schizophrenic individuals… (TRF, p.84)

He doesn’t quote any psychological expert or any authoritative psychology reference work, nor does he provide even a single footnote pointing to some book or article that supports this claim.  We are just supposed to take this assertion to be a fact because some dimwitted Christian apologist tells us that this is a “fact”. You would think that someone who went to law school would have a clue that psychological generalizations need to be backed up with empirical evidence, not just asserted by someone who has no established expertise in psychology. 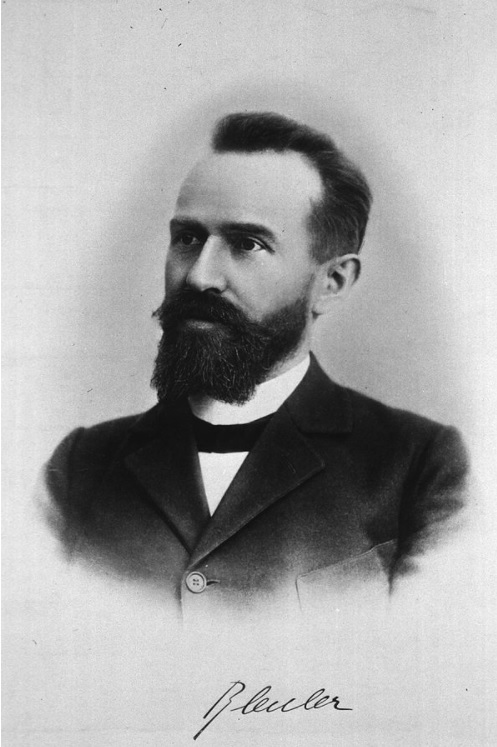 The term “schizophrenia” was coined by Eugen Bleuler.

So, McDowell’s first objection against the Hallucination Theory FAILS because (a) it is based on a questionable and baseless factual generalization, and (b) even if the generalization was completely true and accurate it has no relevance to at least one important version of the Hallucination Theory, namely the view that dream experiences of a living Jesus (after his crucifixion) led to the Christian belief that Jesus had physically risen from the dead.

TWO MORE REALLY CRAPPY OBJECTIONS
The fact that McDowell’s very first objection FAILS is a sign of the complete FAILURE that is to come as his objections continue.
Two of the remaining objections are particularly crappy.  In fact, they are so crappy that even McDowell was able to eventually see that they were crappy, and toss them out.  In his much more recent book on the resurrection of Jesus, called Evidence for the Resurrection (2009, co-authored with Sean McDowell, Regal Books; hereafter: EFR), McDowell eliminates two of the seven objections from The Resurrection Factor: Objection 3 (A False Response) and Objection 6 (Not Time Enough).  These two objections stink like a steaming pile of dog shit, so I’m not surprised that McDowell tossed them out.
Most of the seven objections in TRF fall under the following general description:

Why is the hallucination theory so weak?
First, it contradicts various conditions which most psychiatrists and psychologists agree must  be present to have a hallucination. (TRF, p.84)

This seems questionable on its face.  I’m skeptical that most psychological experts agree that “various conditions…must be present” for hallucinations to occur.  If McDowell is going to make some strong objections to the Hallucination Theory based on such grounds, then he will need to provide evidence strongly supporting various specific claims of this form:

Most psychological experts agree that condition X must be present in order for a hallucination to occur.

Would it surprise you to find out that McDowell provides ZERO such evidence?  In other words, he NEVER provides ANY evidence in support of his various psychological generalizations that are the basis of most of his objections against the Hallucination Theory.  I hope that McDowell did not ever actually practice law, because he would have tried to prove the guilt (or innocence) of accused persons without ever bothering to provide factual evidence to support his case.
This problem alone means that McDowell’s case against the Hallucination Theory FAILS, or at least that most of his objections against this theory FAIL.
Objection 3 (A False Response) is in even worse shape than his other psychological-generalization objections.  McDowell speaks of this objection as being based on such a psychological generalization:

Another principle is that an illusion is an erroneous perception or a false response to sense stimulation. (TRF, p.85)

McDowell is making a conceptual point here, but is confusing this point with being an empirical psychological generalization.  First of all, he fucks up by using the word “illusion”.  Like dreams, EVERYBODY can see illusions.  Illusions are not generally the result of mental illness.  So, he used the wrong word here. The issue is about “hallucinations” NOT about “illusions”.  So, if he did not have his head up his ass, McDowell would have said “an hallucination is an erroneous perception…”  and that would be a correct statement.
But this is merely an analysis of the meaning of the word “hallucination”; this is NOT a psychological generalization or fact that can help us evaluate the Hallucination Theory.  Clearly McDowell would agree that experiences of a living Jesus had by followers of Jesus after the crucifixion would have been “perceptions”, so he is not rejecting that aspect of the concept of an “hallucination”.  That means that he is rejecting the qualification “erroneous”.  But in doing so, McDowell blatantly BEGS THE QUESTION.
The whole point of the Hallucination Theory is to support the skeptical idea that the early Christian belief that Jesus was literally seen by his followers to be actually and physically alive was FALSE, that is to say “erroneous”.  But to object to the Hallucination Theory because it implies that this Christian belief is wrong is to obviously BEG THE QUESTION against this skeptical theory.
McDowell does not need to provide any factual or empirical evidence to support the “principle” behind Objection 3, because (contrary to his confused thinking) he is NOT asserting a useful psychological generalization in this objection; rather he is merely pointing to a reasonable analysis or definition of the term “hallucination”, and then objecting to applying this term to early Christian experiences, because that implies those experiences to be FALSE or “erroneous”.  We should toss Objection 3 aside, just like McDowell himself did, because it clearly BEGS THE QUESTION, and is therefore an intellectual piece of dogshit that we must scrape off our shoes.
Objection 6 (Not Enough Time), unlike Objection 3, does rely on a psychological generalization or principle:

This VAGUE and UNCLEAR principle is worthless for evaluating the Hallucination Theory.
A second problem here is that McDowell provides ZERO evidence in support of this psychological generalization.  There is no good reason to believe that this principle is a fact or that it is a generalization that is widely accepted by psychological experts.
A third problem, is that this psychological generalization seems dubious on its face.  It seems like similar hallucinations sometimes occur only once or twice to a person in one day or one week, sometimes similar hallucinations occur several times for a few weeks and then stop, and sometimes similar hallucinations occur over and over again for a period of months.  It is very questionable that similar hallucinations “usually occur over a long period of time”, particularly if “usually” means “more than 80% of the time”. (If “usually” here means only “more than 50% of the time” or “more than 60% of the time”, then this objection would be extremely weak).
Finally, McDowell provides ZERO evidence that the experiences of early Christians of Jesus being alive (after the crucifixion) did NOT “occur over a long period of time”.  The NT might not report the occurrence of such experiences as happening several months after the crucifixion of Jesus, but that does NOT mean that no such experiences happened several months after the crucifixion of Jesus (duh!).
How would one provide strong evidence for this negative claim?  Suppose the author of Acts boldly asserts:  “There were no more appearances of the risen Jesus that occurred more than two months after the crucifixion.”  Why should we believe this assertion to be true?  Even if we take the author of Acts to be honest and to be aware of many events in the Jerusalem community of the first generation of Christians in the months following the crucifixion, how could one person have exhaustive knowledge of the personal experiences of hundreds or thousands of early Christian believers?
Objection 6 is about as crappy and as worthless as Objection 3.  We should toss Objection 6 aside, just like McDowell himself did, because it is so weak and FAILS so clearly, and is therefore an intellectual piece of dogshit that we must scrape off our shoes.
To Be Continued…