Skip to the content
2022 Internet Infidels Fundraising Drive / $33,938.00 of $40,000.00 / 84.85% Failing to heed science and reason has real-world consequences. We need critical thinking now more than ever. Help us maintain a drop of sanity by donating to keep the Secular Web online today! Donation Options

REASON FOR DOUBT #1
Should we view homosexual sex as morally wrong because it is (allegedly) condemned in the book of Leviticus?  In Part 1 of this series I outlined a dozen reasons to doubt this viewpoint.  Here is the first reason:

1. God does NOT exist, so no prophet and no book contains truth or wisdom from God.

The question “Does God exist?” is not a simple and easy question to answer.  However, in my view there are no good reasons to believe God exists, but there are good reasons to doubt and to disbelieve that God exists.  I cannot establish these conclusions with just a single blog post, but I have written many posts that are concerned with arguments about the existence of God, so I can summarize my conclusions and point to various posts that I have previously published.
If it is unlikely that God exists, then it is also unlikely that there are prophets who communicate truth or wisdom that they received in communications from God, and it is unlikely that there are books that contain truth or wisdom from God.

THE SILENCE OF GOD
Furthermore, we can turn this reasoning around, and argue that there probably is no God, because there are no true prophets and no books that were truly inspired by God.
Christians, Jews, and Muslims argue that there are prophets and writings that provide us with messages from God.  Part of their argument is based on the following assumption:

21. IF God exists, THEN it is very likely that God communicated truth or wisdom to human beings through prophets or holy books in the past four thousand years.

This seems like a reasonable assumption to me, but this assumption can also be used to argue for the conclusion that there is no God:

21. IF God exists, THEN it is very likely that God communicated truth or wisdom to human beings through prophets or holy books in the past four thousand years.

22. There have been no prophets or holy books in the past four thousand years that have provided truth or wisdom from God.

23. It is probably NOT the case that God exists.

Premise (22) appears to beg the question against the belief that the book of Leviticus was inspired by God, but we can set Leviticus aside for the moment, and think about other allegedly inspired writings:

I’ve Got One Less Prophet Without You

The OT is filled with false claims and assumptions, both false claims and assumptions about nature, and false claims and assumptions about historical events.  The OT is also filled with cruel, unjust, and immoral actions and commandments by and from Jehovah, the god of the Israelites.  So, either the OT is filled with SLANDER and FALSEHOODS about what God said and did, or else it accurately portrays the words and actions of Jehovah, but Jehovah is NOT GOD, and therefore the being who communicated with Moses was NOT GOD, and thus the OT was NOT inspired by God.  Either way, the OT is, in general, NOT inspired by God.
It would be rather unlikely that Leviticus was inspired by God while the rest of the OT was inspired by a cruel, unjust, and morally flawed being named “Jehovah”.  We will see later that Leviticus has the same problems as the rest of the OT.
Deuteronomy and Joshua clearly describe Jehovah as commanding that the Israelites MERCILESSLY SLAUGHTER every man, woman, teenager, child, and baby who lived in the geographical area called “the promised Land” (basically Palestine), in order to steal the land from the peoples who had already settled in that area.  This massive slaughter of innocent civilians and children and babies is cruel, unjust, and immoral, so it is clear that Jehovah, as described by Deuteronomy and Joshua is a morally flawed person, and thus is NOT GOD.  Therefore, either Deuteronomy and Joshua contain SLANDER and FALSEHOODS about God, or else Jehovah said and did what these books claim, and Jehovah is NOT God.  Either way, it follows logically that Deuteronomy and Joshua are NOT books that were inspired by God.
For further details see my recent series of posts on this subject:

INDEX: Was Joshua’s Slaughter of the Canaanites Morally Justified?

GENERAL SKEPTICISM PLUS THREE SPECIFIC AREAS OF SKEPTICISM
My doubts about the existence of God are related to skepticism in general, and to three specific areas of skepticism: 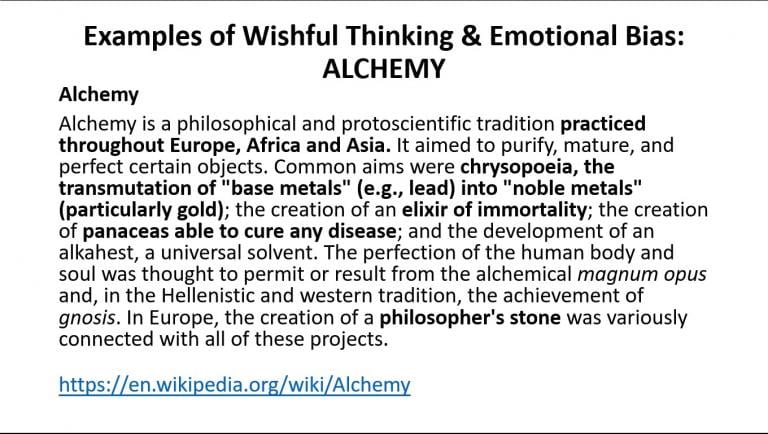 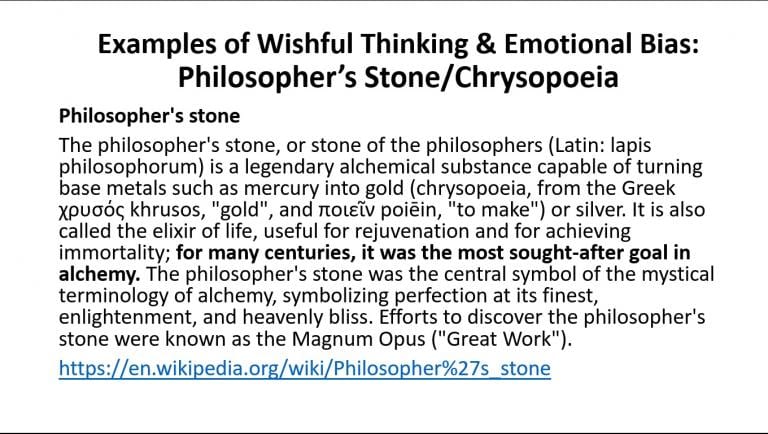 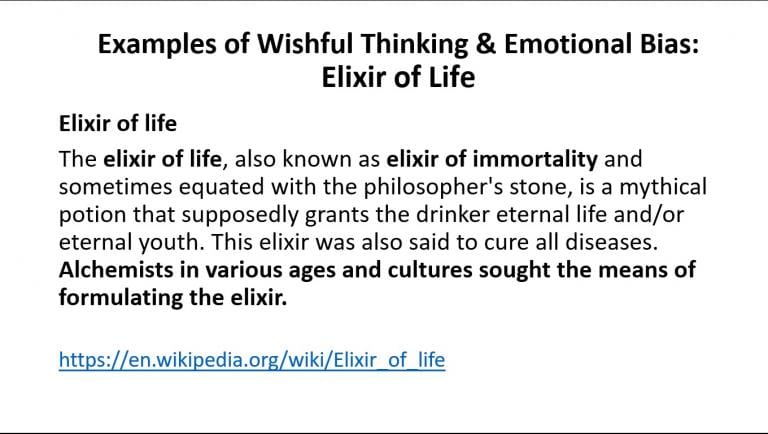 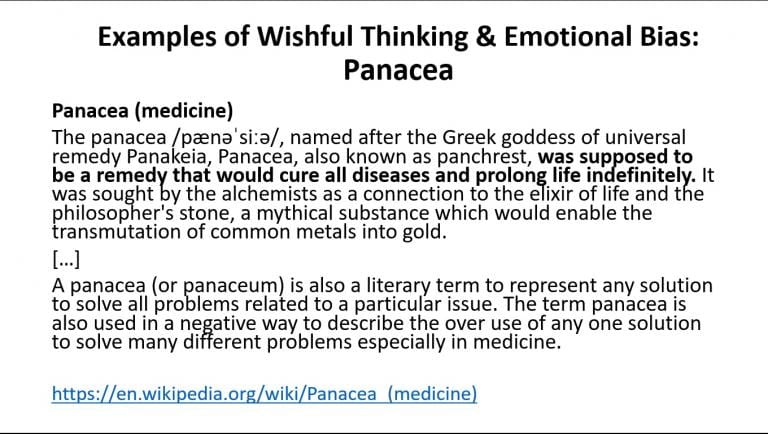 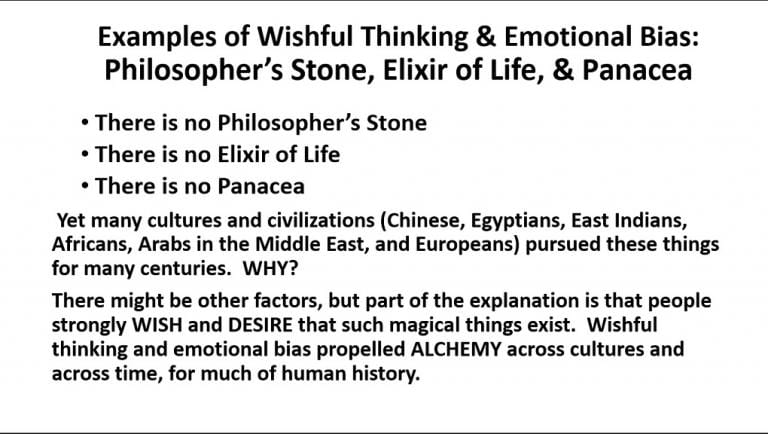 [The above are slides from a PowerPoint that I created for a podcast: Thinking Critically about Christianity – Podcast 5.  Slides 17 through 21 provide the above historical examples of wishful thinking.]

SKEPTICISM ABOUT SUPERNATURAL CLAIMS
There are at least three areas of skepticism about supernatural claims that provide examples and evidence supporting doubt about the supernatural:

There has been about 150 years of investigation into ESP, telekinesis, and psychics, and no significant evidence has been found that confirms popular belief in these alleged supernatural powers.  Belief in such supernatural powers is due to wishful thinking, gullibility, superstition, bias, deception, and other forms of ignorance and irrationality.
There is no significant evidence for the existence of angels, demons, spirits, or ghosts.  Mediums who claim to communicate with the dead have been studied for over 150 years, and no significant evidence has been found that confirms the popular belief that mediums are able to communicate with the spirits of dead people.  The fact that billions of people have believed in angels, demons, ghosts, spirits, and mediums for many centuries just shows that people are in general, naive, gullible, superstitious, ignorant, and uncritical thinkers.
Faith healers, psychic healers, and New Age medicine (homeopathy, crystals, chakras) are generally practiced by con artists, quacks, and charlatans, and by some superstitious true believers.  There is no significant scientific evidence that confirms the ability of faith healers, psychic healers, shaman, or New Age medicine to heal people of any actual organic diseases (as opposed to making people feel less anxious or fearful or to feel better in some psychological way).  Billions of naive, ignorant, uncritical, superstitious people have for many centuries believed in faith healing, psychic healing, shamanic healing, and/or in New Age medicine, but they are simply more examples supporting general cynicism about human beings.
Billions of human beings over many centuries have uncritically and unreasonably accepted various supernatural beliefs like those listed above.  But whenever such alleged supernatural powers or supernatural beings or supernatural forces are carefully and scientifically investigated, we either find natural explanations for the phenomena, or we find that there is no significant empirical evidence that such supernatural phenomena exist.
That does not mean that there is no possibility that one day someone will discover a supernatural phenomenon that can be confirmed by careful scientific investigation, but the repeated FAILURE of ANY alleged supernatural powers or supernatural beings or supernatural forces to be confirmed when carefully investigated makes is VERY UNLIKELY that any such supernatural phenomena actually exists.
=================
Articles on General Skepticism about the Paranormal
creators-of-the-paranormal
eyewitness-testimony-and-the-paranormal
psychic-experiences-psychic-illusions
cold-reading-how-to-convince-strangers-that-you-know-all-about-them
confirmbias
coincidences
coincidences-remarkable-or-random
Articles on Skepticism about Astrology
Astrology_and_science
astrology
astrology-more-like-religion-than-science
does-astrology-need-to-be-true-a-thirty-year-update
astrology-strikes-back-but-to-what-effect
belief-in-astrology-a-test-of-the-barnum-effect
tests-of-astrology-do-not-support-its-claims
Articles on Skepticism about ESP, Telepathy, Clairvoyance, and Psychokinesis
psychic
esp
clairvoyance
psychokinesis
mind-over-metal
fakers-and-innocents
the-case-of-the-psychic-detectives
psychic-pets-and-pet-psychics
failed-psychic-predictions-for-1998
psychics-strike-out-again-in-1995
psychics-fail-once-again
a-controlled-test-of-dowsing-abilities
Articles on Skepticism about Parapsychology
psihistory
heads-i-win-tails-you-lose-how-parapsychologists-nullify-null-results
the-evidence-for-psychic-functioning-claims-vs-reality
the-elusive-open-mind-ten-years-of-negative-research-in-parapsychology
a-critique-of-schwartz-et-als-after-death-communication-studies
Articles on Skepticism about Specific Psychics and Mediums
geller
dixon
cayce
ramtha
psychic-defective-sylvia-brownes-history-of-failure
years-later-sylvia-brownes-accuracy-remains-dismal
Geraldine Smith – Toronto Psychic
investigation-of-psychics  (James Hydrick and Alan Vaughan)
nostradamus-a-new-look-at-an-old-seer
john-edward-spirit-huckster
testing-natasha
nostradamus-the-prophet-for-all-seasons
edgar-cayce-the-slipping-prophet
the-geller-papers
Articles on Skepticism about Supernatural Beings
ghosts
haunted
poltergeist
fairies
exorcism
satan
so-you-have-a-ghost-in-your-photo
firebug-poltergeists
dispelling-demons-detective-work-at-the-conjuring-house
the-200-demons-house-a-skeptical-demonologists-report
the-conjuring-ghosts-poltergeist-demons
the-bell-witch-poltergeist
enfield-poltergeist
john-edward-spirit-huckster
demons-in-connecticut
a-skeletons-tale-the-origins-of-modern-spiritualism
ghosts-caught-on-film
ghost-hunters-2
amityville-the-horror-of-it-all
john-edward-hustling-the-bereaved
exorcism-driving-out-the-nonsense
Articles on Skepticism about Faith Healing, Faith Healers, and New Age Medicine
faithhealing
Faith_healing  (Kathryn Kuhlman and Peter Popoff)
psychic surgery
homeopathy
crystals
crystal-healing
Crystal_healing
johnofgod
john-of-god-healings-by-entities
benny-hinn-healer-or-hypnotist
peter-popoff-reaches-heaven-via-39-17-megahertz
To Be Continued…