ANSWERING THE QUESTION “DOES GOD EXIST?” THROUGH PHILOSOPHY 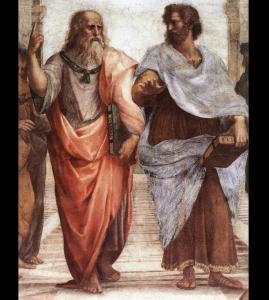 But, given that my educational background has been focused on philosophy, one might suspect that my view of this matter is a bit biased, and that other ways of arriving at an answer to this question should be considered before hopping onto the PHILOSOPHY BUS, and spending a lot of time and energy learning about and evaluating philosophical arguments for and against the existence of God.

OTHER WAYS OF ANSWERING THE QUESTION “DOES GOD EXIST?”

1. Believe whatever religion or worldview you were raised to believe.

2. Believe whatever religious or ideological ideas make you feel happy and content.

3. Try out different religions/worldviews to see which one works best for you.

4. Try praying to God, to see if God answers your prayers.

5. Try prayer, meditation, and worship, to see if you feel the presence of God or hear the voice of God.

6. Try reading the sacred texts of various religions, to see if you sense divine wisdom in any of them.

7. Try experiencing nature and natural beauty, to see if you feel the presence of God that way.

8. Try experiencing and appreciating art, music, and literature, to see if you sense the presence or influence of God in those human artifacts.

9. Study human history, to see if you can discern the influence of God on human cultures and societies.

10. Study nature scientifically, to see if you can discern the handiwork of God in nature.

In Part 2 of this series, I will begin to consider and evaluate these alternative ways of arriving at an answer to the question “Does God exist?”  If you have any other alternatives that are widespread or that seem promising or interesting, please point them out in a comment to this post.