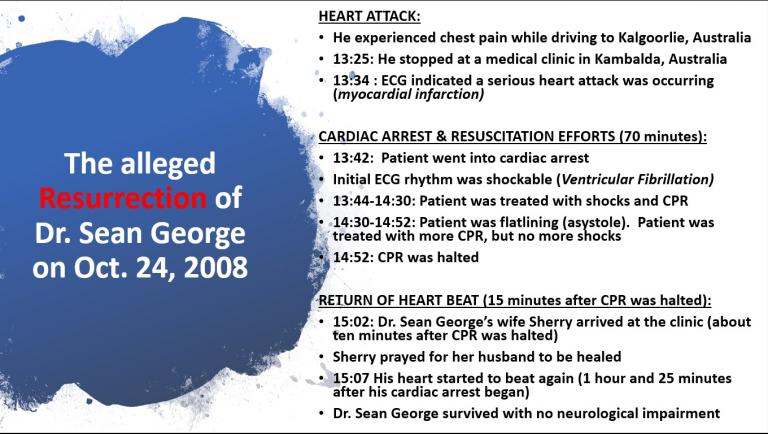 One of my primary objections to this miracle claim is that there are millions of cardiac arrests in the world each year, so we should expect for there to be some very rare outcomes of cardiac arrests to occur each year.  A one-in-a-million outcome to a cardiac arrest should be expected to occur at least once or twice each year.  Therefore, if Dr. Sean George’s outcome was a one-in-a-million outcome, then it is unreasonable to conclude that it was a miracle, because we would reasonably expect such outcomes to occur somewhere in the world once or twice each year, even if there is no God and there are no miracles. 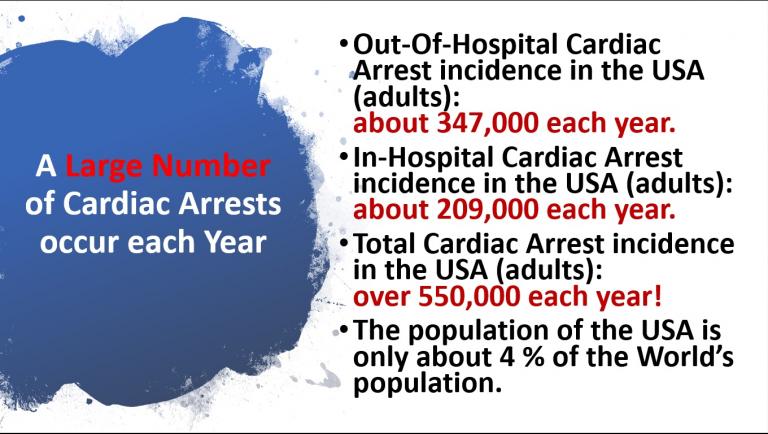 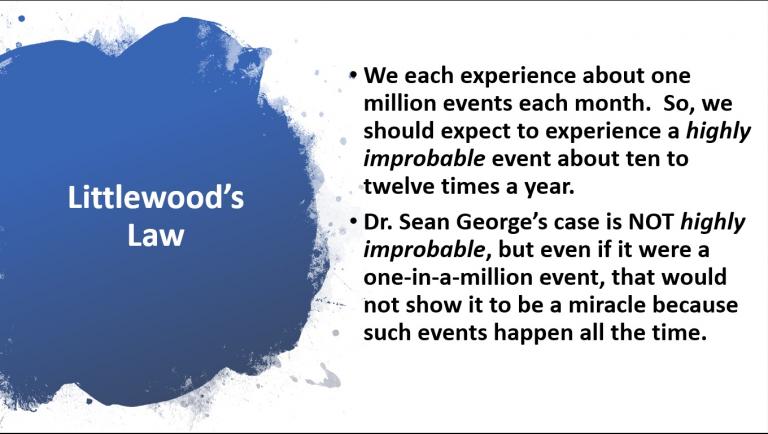 “The law was framed by Cambridge University Professor John Edensor Littlewood, and published in a 1986 collection of his work, A Mathematician’s Miscellany. It seeks among other things to debunk one element of supposed supernatural phenomenology and is related to the more general law of truly large numbers, which states that with a sample size large enough, any outrageous (in terms of probability model of single sample) thing is likely to happen.”  (“Littlewood’s Law, Wikipedia: https://en.wikipedia.org/wiki/Littlewood%27s_law )

Given the above information, the only thing necessary to dismiss Dr. Sean George’s miracle claim, is to show that the outcome of his cardiac arrest had at least one chance in ten million of occurring.  Since, about 8 million cardiac arrests occur in the world each year, we should expect to see such a rare outcome about once every year or two, even if there is no God, and there are no miracles.
To Be Continued…