Mitt Romney is a lying sack of human excrement. Which is one of the reasons why he lost the election.
Among MR’s many moral failings was his promotion of a racist religious tradition: Mormonism. MR grew up in a publically and openly racist Mormon church. As a young man he went to France to encourage French citizens to join his then openly and publically racist Mormon church.
But MR is not the only believer in the USA who comes from a racist church background. The largest Protestant denomination in this country is the Southern Baptist Convention:
The Southern Baptist Convention issued an apology for its earlier stance on slavery. The issue had split the Baptist church between north and south in 1845. But a century and a half later, in 1995, Southern Baptist officials formally renounced the church’s support of slavery and segregation.
http://www.npr.org/templates/story/story.php?storyId=112329862
viewed 8/17/13
To my knowledge, the Mormons have never issued an apology for the racism that was the accepted belief and practice in their church for most of the history of their existence:
Most Protestant denominations, however, gradually apologized for their past racism. In contrast, while Mormon leaders generically criticize past and present racism, they carefully avoid any specific criticism of past presidents and apostles, careful not to disrupt traditional reverence for the church’s prophets.
(Why Race Is Still a Problem for Mormons: nytimes.com/2012/08/19/opinion/sunday/racism-and-the-mormon-church.html)
I grew up regularly attending Methodist and Presbyterian churches. I don’t recall any open or public racism in the churches I attended, but there was at least one clear but subtle bit of racism that was passed on to children in Sunday school: pictures of Jesus as a tall, blond, white, European-looking male: 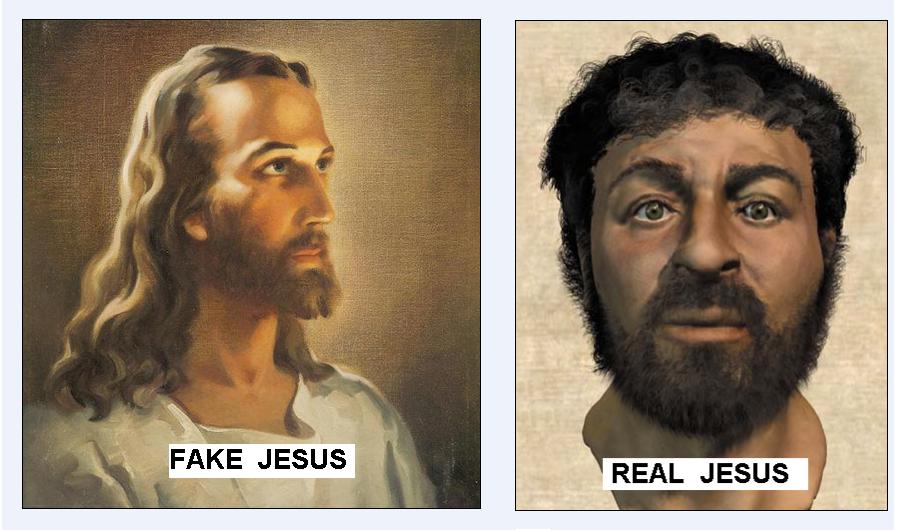 Most American Christians should be somewhat skeptical about what they learned in Sunday School, because most American Christians were indoctrinated in Sunday School with this subtle bit of racism: Jesus was a GOOD GUY, so he must have looked like a white European male NOT like a 1st century Palestinian Jew (as in the picture on the right).
But the canonical gospels indicate that Jesus was Jewish. Now there are a couple of different meanings of the word “Jewish”, and Jesus was portrayed as being Jewish in BOTH senses of the word. He was portrayed as being an adherent of the religion of Judaism, and he was portrayed as being a descendant of the Hebrew people.
The question at issue now, in this series on the oldest sources of the canonical Gospels, is whether Mark, Q, L, and M all represent Jesus as being (a) an adherent of the religion of Judaism, and (b) a male descendant of the Hebrew people.
I will start by examining the Gospel of Mark. It is very clear in Mark that Jesus was an adherent of the religion of Judaism. It is also fairly clear that he was represented as being a male descendant of the Hebrew people.
Jesus prayed to Jehovah, the God of the Jewish faith, and he encouraged others to do so. Jesus was familiar with the Jewish scriptures and quoted or referenced passages from the OT in support of various religious and moral beliefs that he held. Jesus often visited Synagogues, and he observed the Sabbath, even if somewhat less rigourously than some other Jews of his time. Jesus made a pilgrimage to the temple in Jerusalem, and he observed the Passover, which was a religious ritual in Judaism. All of this, and more, is how the Gospel of Mark represents Jesus.
Mark very clearly represents Jesus as an adherent of the religion of Judaism:
Jesus and Jewish scripture: Mark 1:40-44, 2:23-27, 4:10-12, 7:5-13, 10:2-9, 10:19, 11:15-19, 12:9-11, 12:25-27, 12:28-31, 12:35-37.
Jesus and Synagogues: Mark 1:21-22, 1:37-39, 3:1-5, 6:1-4.
Jesus and the Jewish Temple:Mark 11:11 & 11:15-19, 12:35-37, 13:1-2.
Jesus and Passover: Mark 14:12-26.
Jesus and the Sabbath: Mark 2:23-28, 3:1-5.
Jesus was Baptized by a Jewish apocalyptic preacher (John the Baptist): Mark 1:4-9.
Jesus and the Messiah: Mark 8:29-30, 12:35-37, 13:20-23.
Jesus and Prayer: Mark 1:34-36, 6:45-47, 11:24-26, 14:31-40.
Mark also gives a number of indications that Jesus was a male descendant of the Hebrew people:
Jesus spoke Aramaic (not Greek, not Latin): Mark 5:41, 7:34, 14:36, 15:34.
Jesus was called ‘Son of David’ (meaning he was a descendant of King David): Mark 10:46-52.
Jesus expresses negative sentiments about ‘gentiles’(which suggests that he himself was a descendant of the Hebrew people): Mark 7:24-30, 10:41-44.
Jesus grew up in a small town with a synagogue in Galilee (which was presumably dominated by descendants of the Hebrew people): Mark 1:9, 1:24, 6:1-4, 10:47-48.
People supposedly argued during Jesus’ lifetime about whether Jesus was the expected Messiah of the Jews, but no one objected that Jesus was NOT a descendant of the Hebrew people. If Jesus had been Greek or Roman or African or Egyptian or Persian, that would have been one of the first and loudest objections made to the idea that Jesus was the Messiah. But there is no indication in Mark that such an objection was ever raised to this idea.
That Jesus is represented as a male is indicated first and foremost by the fact that his name was ‘Jesus’ or rather ‘Yeshua’, which is usually translated into English as: ‘Joshua’. Joshua was a famous male military leader of the nation of Israel. Just as ‘Joshua’ is a boy’s name in English, so ‘Yeshua’ was a boy’s name in Aramaic.
That Jesus is represented as a male in Mark is also indicated by his being called ‘the Son of Man’ (14:62) and ‘son of David'(10:47) and ‘the Son of God'(1:1), ‘my Son’ (by God himself, 1:11), and ‘son of Mary'(6:3) as well as ‘brother of James and Joses and Judas and Simon’ (6:3).
Note that the Greek word for ‘son’ can also mean ‘child’. However, there is a different Greek word for ‘daughter’ which is only used of female offspring, and the Greek for ‘daughter’ appears in at least seven different verses in Mark, and is never used of Jesus. So, the fact that the Greek word for ‘son’ is consistently used of Jesus, and the Greek word for ‘daughter’ is never used of Jesus, indicates that the Greek word for ‘son’ in these cases probably means ‘male offsrpring’ not just ‘child’.
Also, the Greek word for ‘brother’ is a (slightly) different word than the Greek word for ‘sister’, so the fact that Jesus is called a ‘brother’ of James and Joses…etc (as opposed to being called their ‘sister’) is a clear indication that Jesus was a male.
Finally, the Messiah was expected to be a ‘son of David’ (Mark 12:35-37), that is, a MALE descendant of King David. So, if Jesus had been a woman, then in the sexist and patriarchal Jewish culture of that time, this would have been a loud and frequent objection to the idea that Jesus was the Messiah. The fact that there is no mention of such an objection in Mark is evidence that Mark and his fellow Christians believed Jesus was a male.