In Phase 1 of his case for the existence of God (in When Skeptics Ask, hereafter: WSA), Norman Geisler argues for the existence of  a “supreme moral Lawgiver”.  The argument goes like this (see WSA, p. 22):
Geisler’s Moral Argument
32. There is an objective moral law.
33. Moral laws imply a moral lawgiver.
THEREFORE:
34. There is a being that is the supreme moral lawgiver.
Premise (32) is a controversial claim, and so a good reason or agument is needed to support this claim.  Geisler gives three reasons in support of (32) on pages 23 and 24 of WSA: 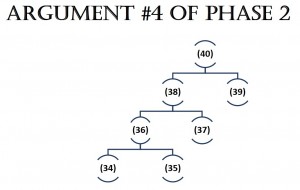